It’s my final day in Colombia as I start to write this (of course I am now finishing it in Panama!) and I am in somewhat of a reflective mood.

The 3 week tour through Colombia was amazing – each week was completely different and all with many highlights – yes even the hiking 👍🏻.

After my return to Santa Marta, I had one more farewell dinner and a fun night out with the group before we all said goodbye the following day and suddenly I had to start thinking for myself again! 😬

Of course, one of the downsides of an organised tour is you get so used to being taken to places and being organised and then suddenly you are left to make your own arrangements!    Thankfully I had booked a couple of extra nights in Santa Marta to try and gather my thoughts and think about what to do in the next few days.

I had time to get laundry done and repack, also time to relax and breathe, though I did end up on antibiotics for my knee (more as a prophylactic than anything else) and with a stinking cold (I blame going from jungle air back in to air conditioning 😔).

I really could not decide what to do with my last few days and did not really have the energy to travel too far so I decided to pop back up to Minca in the foothills of the mountains in the hope of seeing a few more birds.  To be honest, I had expected to see more on the Lost City hike but was probably too busy looking at the ground in front of me to see any birds that were around!

Let me take a minute to talk about crazy driving (as the drive back up to Minca reminded me of just how crazy the Colombian drivers are)!

Back at the beginning of my time in Colombia, just before our first long bus trip, our guide explained to us that drivers obey the road rules and do not overtake on double yellow lines  on the windy mountain roads, but they will pass if they determine that it is safe!  I guess we just have to trust their judgement and faith in overtaking on blind corners.  On that road back up to Minca I saw someone on a motor bike overtaking a van that was already overtaking a car on a windy hill road just before a blind corner – I had to close my eyes as had there been a car coming the other way, there would be no where for them to go.

I am surprised that during my time here I have actually only seen one crash (it was a horrific one on the road from Santa Marta to Cartagena) so I guess their unofficial ‘rules’ must work for them most of the time.  Of course it does not help when the crazy driving is combined with many vehicles that don’t appear road worthy, some with a massive emission problems.

While I am sidetracked, did you know that cycling is Colombia’s second most popular sport after soccer? Cyclists are also mad – zooming down narrow mountain roads around hairpin bends on the wrong side of the road! 😬

Back to Minca and I was met by a drunk Irish guy (who tells me it is his birthday), and rather than a hostel, his place was rather random with no other guests so I decided to stay only 1 night rather than 2.  Nevertheless I had a good night’s sleep in the cooler climate and far less noise than the noisy music filled Santa Marta and Cartagena streets.

The following morning, the bird watching (with the now hungover Irish guy) was far from professional but it was a nice stroll through the outskirts of the town – most importantly I achieved my goal and saw wild toucans. 👍🏻 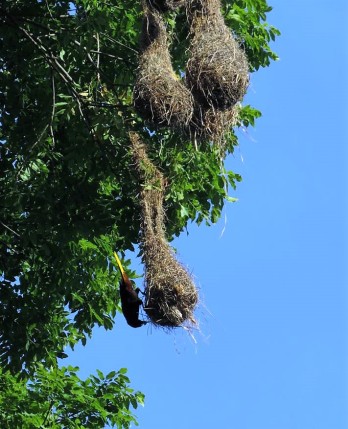 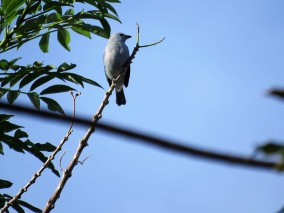 Back in Santa Marta and after only one night in the new hostel and I was bitten more than I had been the whole time on the lost city trek – mostly on 1 arm 😬.  Initially I thought it was great that I had the dorm room all to myself but not when it is full of mosquitos and there is no one else for them to bite!

For my last night in Santa Marta, I sat on the water front, watching the sunset (behind cloud 😬) – there were people strolling after work, birds flocking to the trees to roost, people selling everything from sunglasses, coffee out of a thermos, souvenirs, churros etc., people swimming, salsa music playing from a nearby roof top.  Close to a perfect end.

I even managed a quick morning walk/run the following morning before catching the shuttle bus back to Cartagena.  In typical Colombian style it was an hour late picking me up and then delayed by the  horrible crash (I couldn’t work out how it happened but the cab of a truck had basically been ripped apart – the ambulance was clearly not needed 😔).

The bus seemed to take for ever and I did not get to the hostel in Cartagena until after 3.30 (was due at 1.30) but at least it was door to door. Unfortunately it seems that hostels here advertise that they have aircon, but in fact they only put it on at night between 6-7pm to 8am. So it is impossible to do anything in the room outside as of those hours as they just become a sweat boxes – tough when you’re trying to pack /unpack and impossible to take a nap 😔 (I know, if that is my biggest problem I have it pretty easy 😄).

In these last few days in Colombia, Juan Valdez became my happy place – the Colombian equivalent of Starbucks with great aircon to give respite from the never-ending heat and humidity and good, reliable wifi – oh and not surprisingly decent coffee.  Every day I would spent a couple of hours sipping on a large latte and working on my blog.

I also had a last night out with three of the girls from the Lost City Hike – nice to catch up again before we all headed off in different directions.

In summary, there is not one thing specific thing to come to Colombia for – there are many.  Contrasting landscapes and climate from south to north and the striking landscapes and beautiful Pachamama throughout.  From the sprawling metropolitan cities of Bogota and Medellín to the amazing beaches of the Caribbean coast, flanked by jungle covered mountains – not to mention the friendly people.

Colombia is a fascinating blend of old and new, and a country that has literally reinvented itself over the last 20 years from one of the most dangerous in the world to one that is warm and welcoming to tourists daring to visit.

I bid a sad farewell to Colombia after almost 4 weeks but it is time for the next adventure. 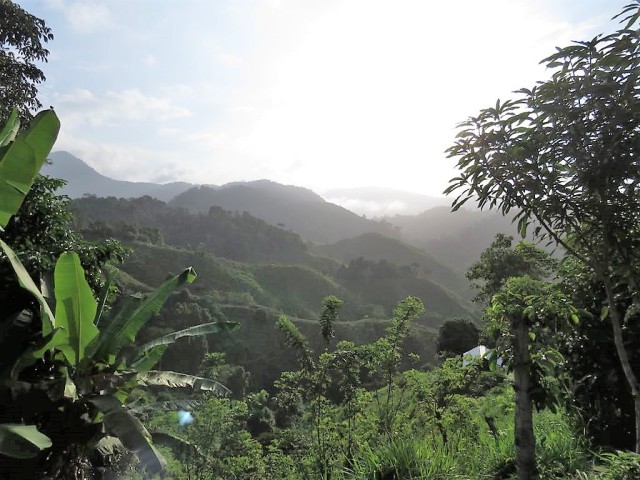