My first flight took me from Uyuni (and 0oC) to La Paz where I was to wait until 5am till I could check in for my next flight.  Thankfully there is a Pod hotel at La Paz airport, of course it was a tiny room but it was great to have somewhere private,secure and comfortable to rest for the 6 hours till I could check in for next flight.  Why do more airports not have these on site???

Up early the morning, I stood in queue for 45 minutes to check in for flight to Santa Cruz (which was a stopover on way to Buenos Aires) only to be told when I got to the counter that it was the wrong queue and I should be in the queue saying Sao Paolo???? Go figure!!!  I would never have guessed that!  Thankfully that queue was short so I did not have to wait too long to check in (all on Spanish again 👍🏻) and I was quickly through immigration and customs to get some longed-for coffee!

I had to change planes in Santa Cruz and the brief exposure to 28oC was a pleasant shock to the system before getting back in to the cold upon arrival in Buenos Aires.  I am sure the immigration guy here thought my Spanish was off when I told him I was only there for 10 hours 😉.

Sadly, there was no pod hotel at Buenos Aires airport and I had to find a floor to set up with my bags for my 10 hours of waiting … eating, napping and Netflix passed the time till I could finally check in.  I was lucky enough to have been upgraded and with my business class seat, came the use of the Star Alliance lounge.  I must admit it was certainly not of the same quality as an Air New Zealand lounge but I was in no position to complain and enjoyed the relative comfort and free food and drinks for the last 3 hours of my wait.

I don’t know about you, but I seem to severely struggle with reverse culture shock when I return home after an extended journey – ok, who am I kidding, even after a short trip!    On this trip it was even worse as my home-coming had happened in such a hurry I was definitively not mentally prepared for it.   I am not sure it helped that only 1 day later I was back in the air, on the way to Fiji.

Some of you may be aware, I lived in Fiji for almost 3 years, but have not been back for over 4 years.  As we drove around Viti Levu (from Nadi to Suva), a route I had travelled many times before, it was odd as it seemed like nothing had changed and everything had changed 😉.  Is that possible? 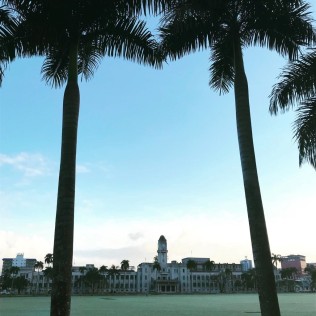 To get rid of my first morning cobwebs, I headed out for a morning run and in typical Fiji style I bumped in to an old friend doing her fitness training and Ratu Epeli Nailatikau, the ex-president of Fiji (from 2009 to 2015).  In true gentlemanly style, he tipped his hat and said good morning as I almost got run over looking the wrong way before I crossed the road 🤔😂😬.

Sadly, it was not the first time I have embarrassed myself in front of him … thankfully I doubt he remembers our previous encounter many years ago just up the road the British High Commissioners residence when I probably made a worse fool of myself in front of him 😂 (when he was the president!).  Enough said 😂.

It was surreal to think that one day I was on the Bolivian salt flats and just a few days late I found myself in a small church in Fiji.

Funerals in Fiji are a long affair full of many people and so much food! The whole neighbourhood (considered the ‘village’ whether it is a traditional village of not) attends and everyone is invited to eat for 4 days to the point that the mourning family basically spend 4 days cooking!

In the first couple of days after the passing family, friends and village members bring gifts to honour the deceased.  This is typically food (often dalo, cassava and/or slaughtered animals for the days of eating to come), masi (patterned bark material used to decorate the house) and mats (traditionally everyone sits on the floor so the mats are an essential part of this). 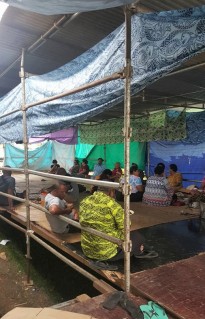 Over the coming days, the men take care of the lovo (the underground oven) whilst the women prepare the food, decorate the home to receive the coffin and also tend to the body before bring it home.   The coffin remains in the beautifully decorated room for the night before the funeral and friends and families visit to pay their respects.

I spent part of the day helping the women prepare the vegetables – again.  I could not help but think back to only a few weeks previous when I was preparing vegetables in a small village in Peru – different culture, same bonding activity lol.  This time there were so many vegetables to prepare I got blisters!  Now that is truly a sign of hard work right?

The following day, the small church was full for the funeral and it was a beautiful service.  The family sang a beautiful hymn – if you have never heard a group of Pacific islanders sing, you must search it out.  It true sends chills down your spine.

From the church we drove to the cemetery – 2 full bus loads of people made the journey.   Unfortunately, it had been raining fairly hard and the cemetery was not paved at all so was full of mud.  I had to pretty quickly ditch the flip flops as it was impossible to walk in them through the mud. 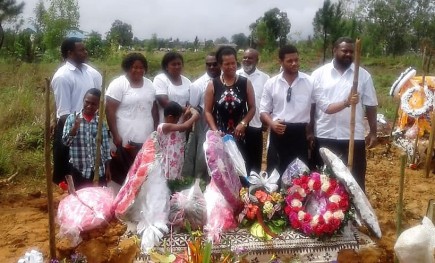 This was not my first Fijian funeral, and as with the others, what strikes me as most different to those in New Zealand is the amount of photos people take.  In the church service and at the cemetery.  After the casket is buried friends and family gather around the grave for photos.

Our departure from the cemetery coincided with the arrival of people for the funeral of the Assistance Chief Commissioner of police.  I don’t know if the police in Fiji do traffic control (I suspect they do) but they failed dismally this day!! Men in full dress uniform and chests full of medals started trying to direct traffic but it was too late! Gridlock ensued with no way out for almost 45 minutes when they finally managed to work out some kind of system.

Then it is all back to the house for food and this pretty much continues for 4 days! 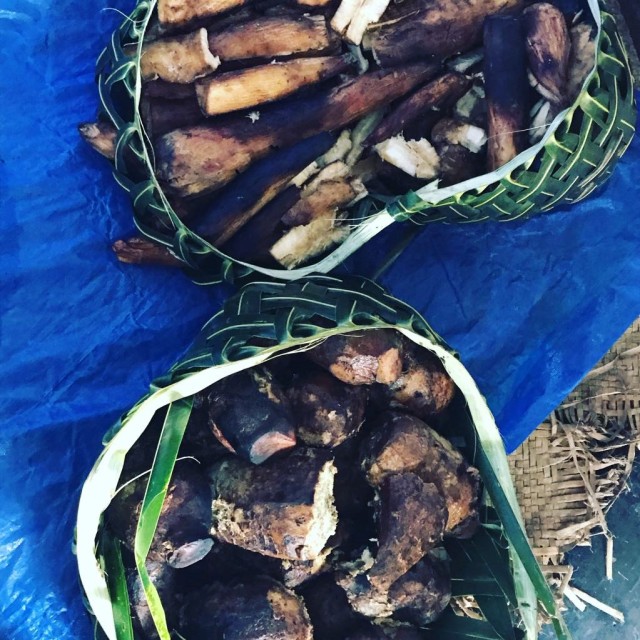 Suva is not the Fiji of postcards but it was home to me for over 2 years and it was lovely to be back in the city despite circumstances and it was great to be able to catch up with family and friends.  I also took the opportunity to get another couple of dives in so I said goodbye to the family and headed to Pacific Harbour for diving. 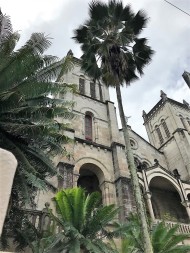 I had decided to do the infamous Shark dive in Beqa Lagoon despite being conflicted about the ethics of feeding sharks during these dives.    The dive trip consists of two dives, both to the dive platform (at around 18m) where we watch the staff feeding the variety of sharks that turn up that day – we saw Bull Sharks, 3 types of reef sharks (black tip, white tip and grey tip), lemon sharks and nurse sharks. 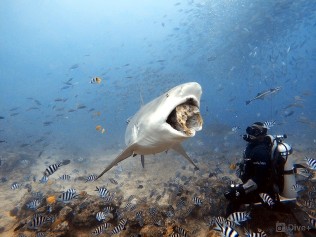 Of course, the large amounts of food, also draws in 100s and 100s of fish.
Without a doubt, seeing the sharks at such close proximity was incredible and at no point did I feel unsafe, I did however feel cold – despite it being the tropics and wearing a full wetsuit, it is a very inactive dive and of course you do get cold just sitting around! 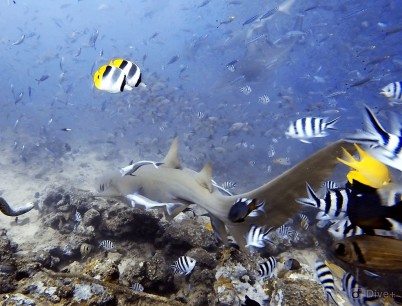 As for the ethics of the practice (2 companies do these dives every second day), apparently a portion of the cost of the dive is called the ‘shark levy’ and this goes directly to villages that historically own the fishing rights to Shark Reef Reserve, to compensate them for not being able to fish within the reserve.

The staff also assured me that they have no research to show that the feeding has changed the natural behaviour of the sharks – apparently, the tuna heads they use for the feed have an extremely low calorific value, being that they are made up of mainly bone, ensuring the shark’s natural hunger is in no way affected by their intake of between one and three heads per dive.  The staff was also clearly all passionate about the ocean and sharks in particular.

That said, I definitely prefer the completely natural interactions like those I was lucky enough to experience in the Galapagos Islands and will stick to those kind of dives in the future.

From Pacific Harbour, it was on to Nadi for my last night in Fiji.  Again, an old stomping ground of mine.  I was interested to see that there is now a Burger King next to my old office – thank goodness that was not there when I worked there!!   We had dinner at Sitar,  one of my favourite restaurants that had not changed a bit!

Fiji is really a conundrum – some things seem to be dragging it back in time i.e. terrible wifi!   Worse in fact than some remote parts of South America and many hotels still seem to charge extra for it and even then it is not strong!  On the other hand it seems to have caught up with the rest of the world – the airport had had a massive upgrade since my last visit and there is now even online and kiosk check ins making the whole check in process easier and quicker.

Despite all its quirks, you just can’t help but love this little piece of tropic paradise. 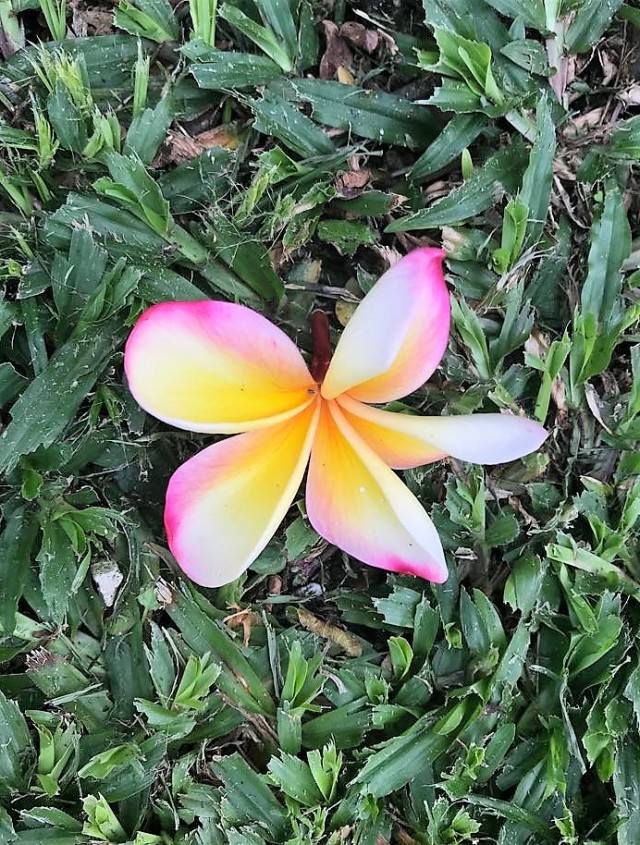