Parque Nacional Natural (PNN) Tayrona is one of Colombia’s most popular national park.  It covers 12,000 hectares of land, running from the Sierra Nevada de Santa Marta mountains to the coast, as well as including 3,000 hectares of sea.

For most people, the park’s biggest draw is the beautiful beaches that can be reached via boat, or a 2-hour hike through the forest.  We did the walk and as has been the theme of the last part of the trip, it was hot and it was humid!  The walk wasn’t particularly challenging but the conditions made it that much harder – I guess it was a practice day for the upcoming trek in just a few days’ time. 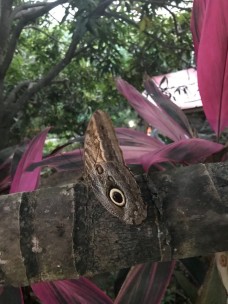 We were lucky enough to come across a troop of Capuchin monkeys – we had been told that several species of monkeys lived in the area but we would be unlikely to see any as they tended to stay away from the people on the tracks.  It was a large troop of 10-20 monkeys travelling through the forest – oddly they all stopped at a certain point to look down at us, just as we were looking up at them lol.

The beach, when we reached it, was truly beautiful and well worth the hike in, that said, we could not get in the ocean quick enough to cool down.  Sadly, we then had to hike back out which heated us back up!

It was also here in the park that we came across the local indigenous people for the first time.  They live within the park (as they did before it was a national park) and now days make a little money selling coconuts to the hot and tired hikers.

We spent the night at a cute little villa on the hill near the beach – hammocks and mangos were pretty much the theme of this place.  Not much more I could ask for really.  It was here I was reminded just how much I love the smell of the tropics first thing in the morning – just before it gets to hot when there is a hint of fermenting mangos in the air (it is mango season and there were so many mangos dropping off the trees). 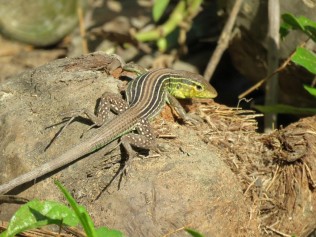 We had the morning free so I took a morning walk down to the beach which, although not a swimming beach due to the currents, but it was definitely a lovely walking beach at least until it got too hot when I had to return to my hammock in the shade. 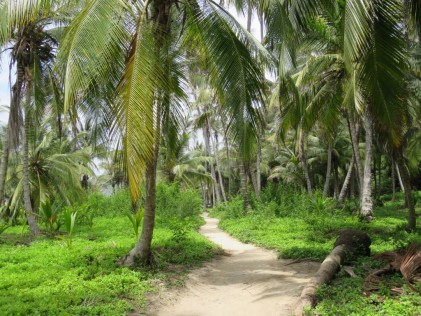 Our final stop for this part of the trip was Santa Marta, just an hour away.   It is actually South America’s oldest surviving city, established in 1525 and although it could have the charm of Cartagena, restorations otothe old part of the city has not yet been carried out so most of it looks rather faded and run down.  It tends to be somewhere that people tend to use as a starting point for other places rather than a destination in its own right.

That said, I actually liked it’s less than perfect charm and its cooling ocean breeze in the mornings and evenings, making a stroll along the waterfront rather pleasant – at least until around 8am anyway! 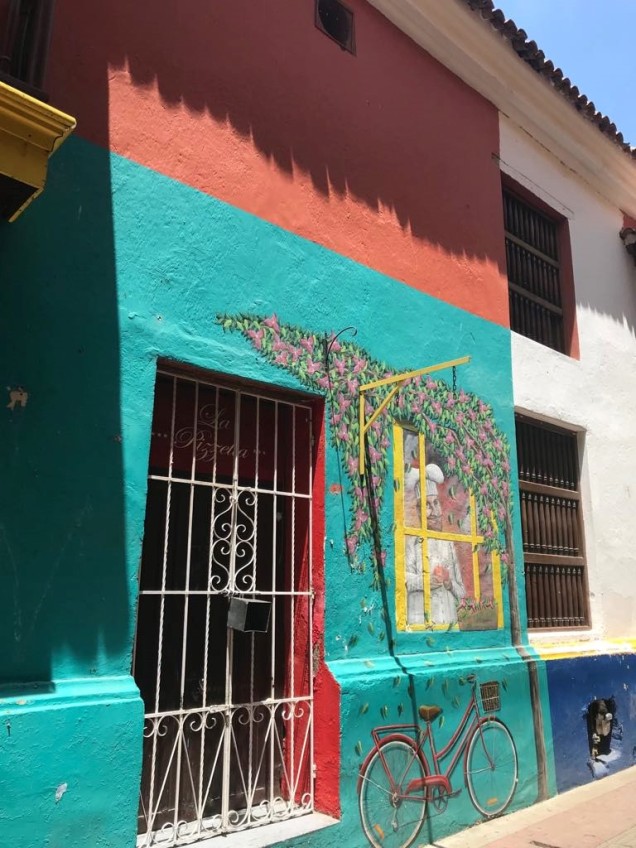 Proving yet again the ‘small world’ theory, I bumped in to someone I knew walking down the street in Santa Marta – Flo had been a volunteer in Fiji a few years ago and I had kept up with her life on social media and knew she was in the area as she and her boyfriend had been travelling around South America for the last 8 months.  It was great to catch up over lunch the following day and get some tips on my upcoming travels – most of which she has just done!

Election weekend was looming in Colombia and that meant a ban on the sale or consumption of alcohol amongst other measures to ensure a peaceful election (e.g. the countries borders were also shut for the weekend).  People went to panic buying mode, how can people possibly live from 6pm on Saturday night to 6am on Monday morning without being able to buy alcohol lol??  Seems we all survived though some where rather perturbed that all the bars and clubs were shut!

Still, we enjoyed yet another farewell dinner before welcoming 4 new people the following day for the last stretch of the Colombian journey. 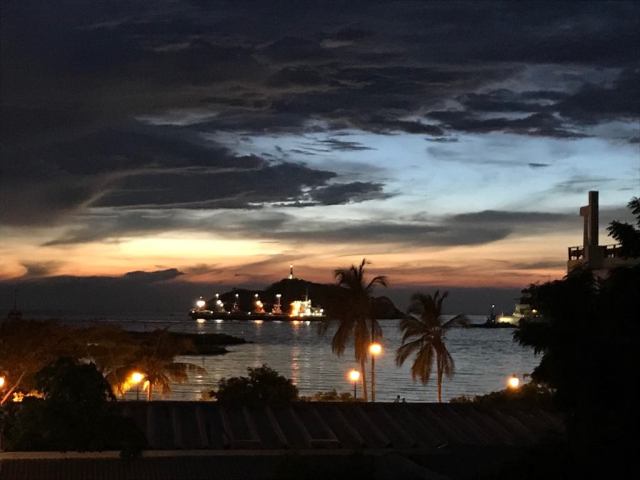 PS The election was just a prelimary one to narrow done the candidates and two will now go to head for the presidency in a week or twos time.  (Not before the nationals attention has been diverted to the more important football world cup about to start.)